The author dedicates the present life portrait to the memory of his Russian colleague Nikolai Bessonov, who suddenly and untimely passed away in November 2017

Margarita Ivanova was the daughter of a Russian cavalryman and a Romni from Moscow. She had a hard youth, since her father fell victim to the Stalinist “cleansings” of the 1930s and died in the Solovki prison camp. The rest of the family had to move from its private to a communal apartment. After unsuccessful applications for a professional theatre education, Ivanova joined the Dal’skii “Gypsy Ensemble” as a dancer. In 1939, she changed to the newly established “Gypsy Circus Collective” and trained to become a circus artist. The programme of this ensemble, whose members mainly comprised of Roma artists, was a mixture of romanticizing “Gypsy folklore” and demanding artistry. The focus was on musical comedies and dramas with dance, singing, and acrobatics. Equestrian vaulting and dog acts were also part of the show. The highlight of every performance was, however, a bear act, whereby the bear did not only dance and “fight” with the clown, but was even able to tell fortunes. 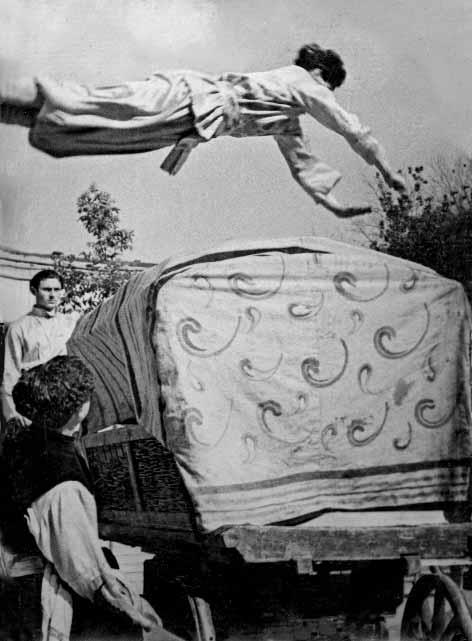 On June 22, 1941, the day of the German attack on the Soviet Union, the ensemble gave a guest performance in Smolensk. The circus troupe hurried back to Moscow, where it was – temporarily – dissolved. When the enemy approached the Russian capital in autumn 1941, Ivanova joined the Red Army as a volunteer. After a short training, the commander sent her to an anti-aircraft artillery unit in the battle area. The first months were characterised by hunger and cold, since the supply of the front union frequently broke down. One day, a German aircraft bomb detonated next to Ivanova, which caused a severe concussion and a temporary hearing loss.

After her recovery, Margarita Ivanova was in 1943 transferred to the rear area and served in the regiment as a telephone operator. After the war, she received the medal “Patriotic War Second-Class”. Due to lasting effects of her war injury, she was not able to continue her career as a circus artist. Henceforth, she worked as a secretary in various military authorities.