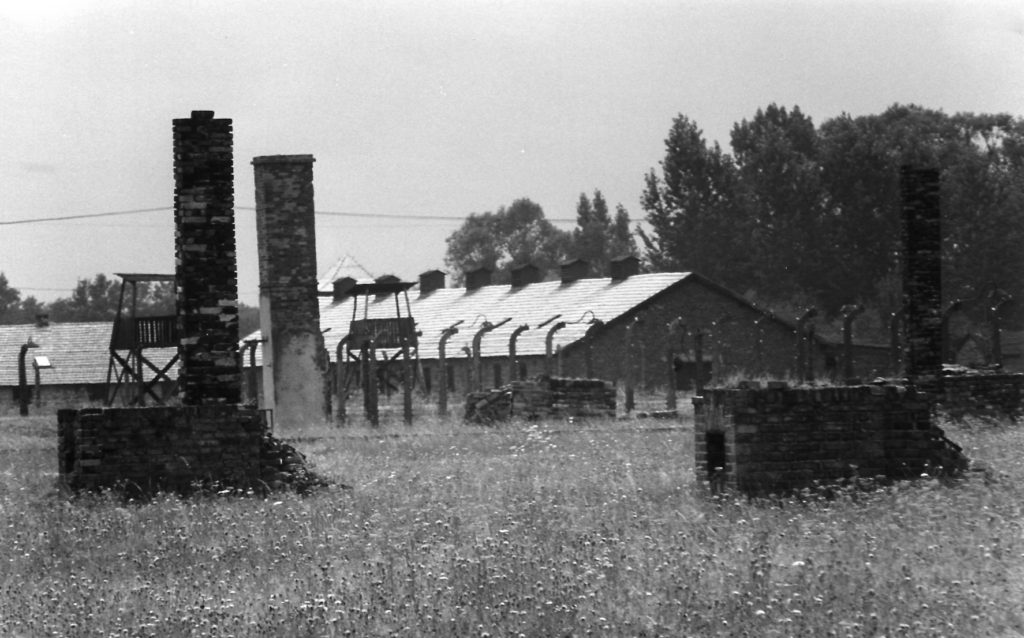 Lucie Adelsberger was a prominent paediatrician, internist, and allergist, who worked at the famous Robert Koch Institute in Berlin. Shortly after the Nazis had accessed power, she lost her job because of her Jewish descent and tried henceforth to practice as a private doctor. In May 1943, Adelsberger was arrested and deported to the concentration camp Auschwitz-Birkenau. There she was assigned to the “Gypsy Family Camp”, which had been established two months earlier, as a prisoner doctor. With the publication of her memories in 1956, Adelsberger became a chronicler of the horrible camp conditions, which led to the death of thousands of people in the course of a few months. The high mortality thwarted the alleged privileges of the family camp (civilian clothes, musical instruments, kindergarten, milk rations for small children and pregnant women etc.). When Adelsberger began her work, she was surprised about the many artists among the Sinti and Roma. The “block elder” (Blockälteste) herself was a tightrope dancer by profession. On a Sunday, even a festive event with acrobats and musicians took place. One of the inmates performed as a clown. Suddenly, however, the event was interrupted by a shrill whistle and “Block confinement” (Blocksperre) was ordered. “In no time the crowds are driven back to their barracks, not to the strains of music but to the blows of clubs and sticks”, Adelsberger remembered. After several hours, a lorry arrived. SS men teared the doors open, called inmate numbers, and checked the arm tattoos. On this last Sunday in May 1943, a total of 1.035 inmates affected with or suspected of typhus were selected and murdered in the gas chambers – Adelsberger wrongly named “twenty-five hundred Czech Gypsies”, most likely caused by a camp rumour. The chronicler resumed: “From then on, we knew that all laughter and all playacting in the camp meant only one thing: it was only a prelude.”

The “Gypsy Family Camp” existed until the beginning of August 1944. Finally, several hundred inmates fit for work were transferred to other camps, while the remaining 2.897 inmates were gassed. Adelsberger herself was transferred to the women concentration camp Ravensbrück, where she was liberated by the Red Army on 2 May 1945.