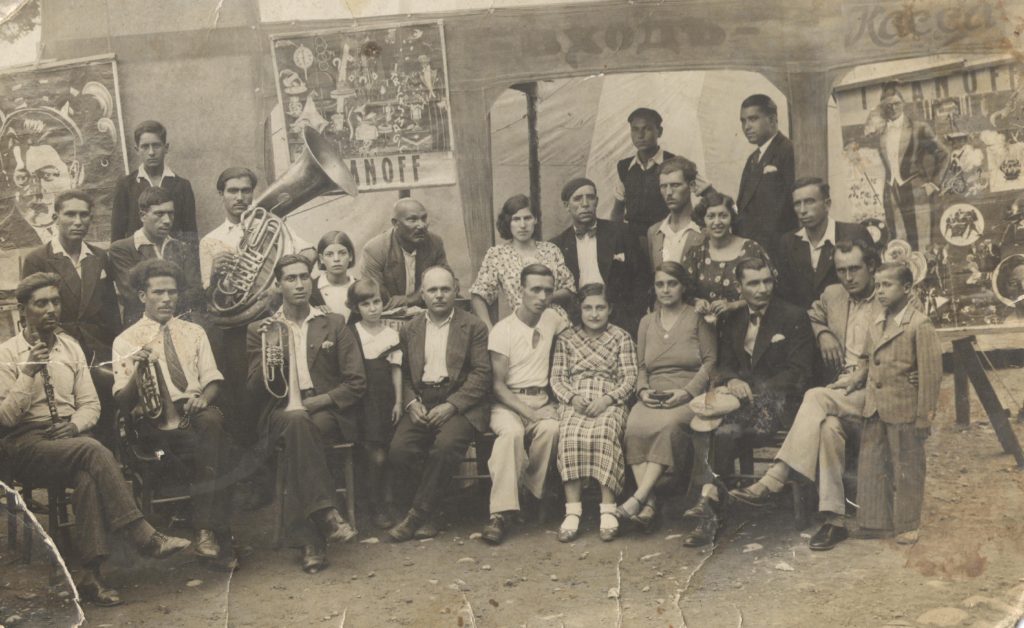 Turcho Chukoev was a Bulgarian Roma musician who earned his living by working in circuses until the outbreak of the Second World War. Men in his family are also musicians and this profession was kept through centuries. His father is thought to have come from Romania. According to the memories of his relatives, Chukoev participated in an initiative to create a union of Roma circus musicians and in several meetings devoted to this idea in the 1920s and 1930s. At the beginning of the Second World War Chukoev was in his mid-thirties. During the war, he served as an auxiliary force in the Bulgarian army, where he was used for tending of horses. The fate of the Bulgarian Roma, and also that of Chukoev, differed from those of Polish or Soviet Roma who were in direct German domination and were exposed to the National Socialist extermination policy. Unlike neighboring Romania, Bulgaria did not take hard repressive measures against the local Roma population, although it was allied with the German Reich. In January 1944, Chukoev, while he was loading horses in train wagons, fell into an Allied bomb attack at the Sofia Central Station. According to his own statement, he managed to save himself and the horses. After the war, in the now communist Bulgaria, Chukoev continued to work as a musician, both in circuses and for the Bulgarian army. He died at an old age.

Author: Raluca Bianca Roma with translation from Bulgarian by Elena Marushiakova
Source: The information about Turcho Chukoev is based on information received from Bulgarian film-producer Ludmila Zhivkova, who is the grand-granddaughter of Chukoev. She collected her family history and processed it in a documentary film, which is aimed to premiere in April 2017.