James Michael was born in Berlin in 1916. He was the second of four children of the Cameroonian colonial migrant Theophilus Wonja Michael and his German wife Martha (née Wegner), who died already in 1926 after a serious illness. From childhood on, James and his three siblings Christiane, Juliana, and Theodor had to contribute to the subsistence of the destitute family by masquerading as “wild Africans” and performing in “ethnological exhibitions” together with their father. At the age of twelve, James Michael joined the Moroccan tumbling troupe “10 Abdullah Ben Mohamed Bonamannes”, where he received a training as an ‘Arabic’ acrobat on top of a human pyramid. Between 1929 and 1932, the troupe performed at the circuses Holzmüller and Strassburger. 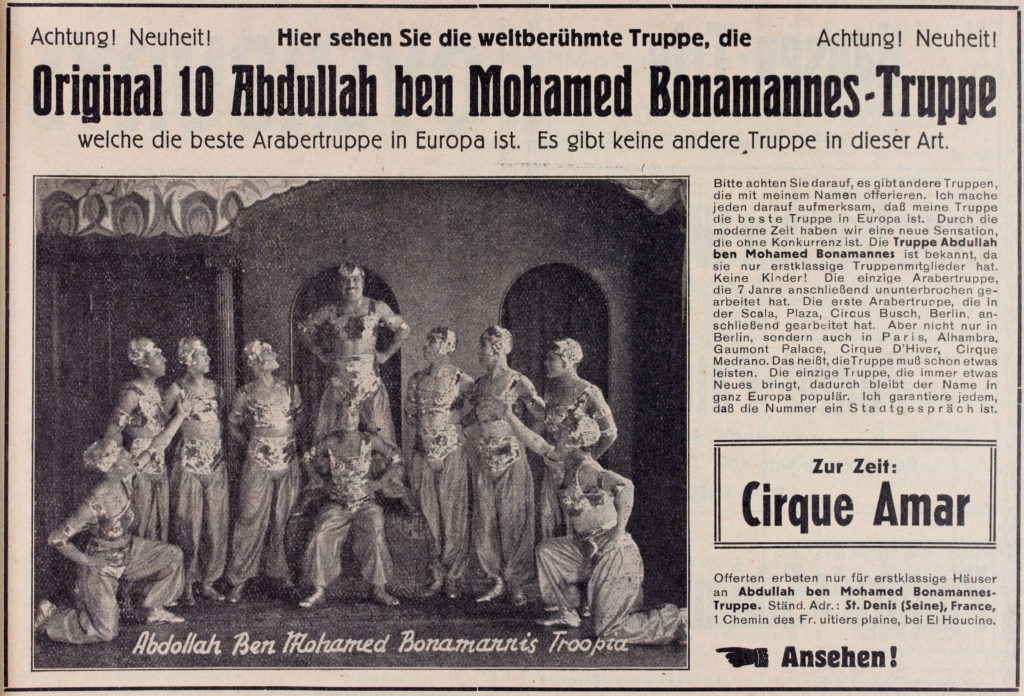 When Hitler came to power in January 1933, the Moroccan ensemble left Germany and received an engagement at the French circus Amar. Occasional advertisements in the circus and variety journal “Das Programm” up until spring 1934 indicate, nevertheless, that the troupe did not want to abandon the German market completely, but ultimately, it stayed in France. In 1937, James Michael went to the German Consulate in Paris in order to renew his expired passport, but instead it was confiscated. The consular officer justified this measure as follows: “You are no longer a German, black Germans do not exist.” James Michael described this moment in a later interview as the worst of his life. Henceforth, he had to live illegally in France, but he was lucky, since the circus Amar supported him and continued the employment secretly. Colleagues were hiding him during police controls. After the outbreak of WWII, the acrobat joined the Moroccan tumbling troupe “Agadir” on their way to the French protectorate in Morocco. In order to enable his entry into the country, James Michael received the identification card and the personnel file of a former troupe member with replaced photos. Following a denunciation, the French-Moroccan police arrested the acrobat as alleged spy by the end of 1939. After a two-month custody in Casablanca, the authorities dropped the suspicion of espionage and gave the prisoner the choice between the internment in a camp for “enemy aliens” or the entry into the Foreign Legion. He chose the second option and survived the war. 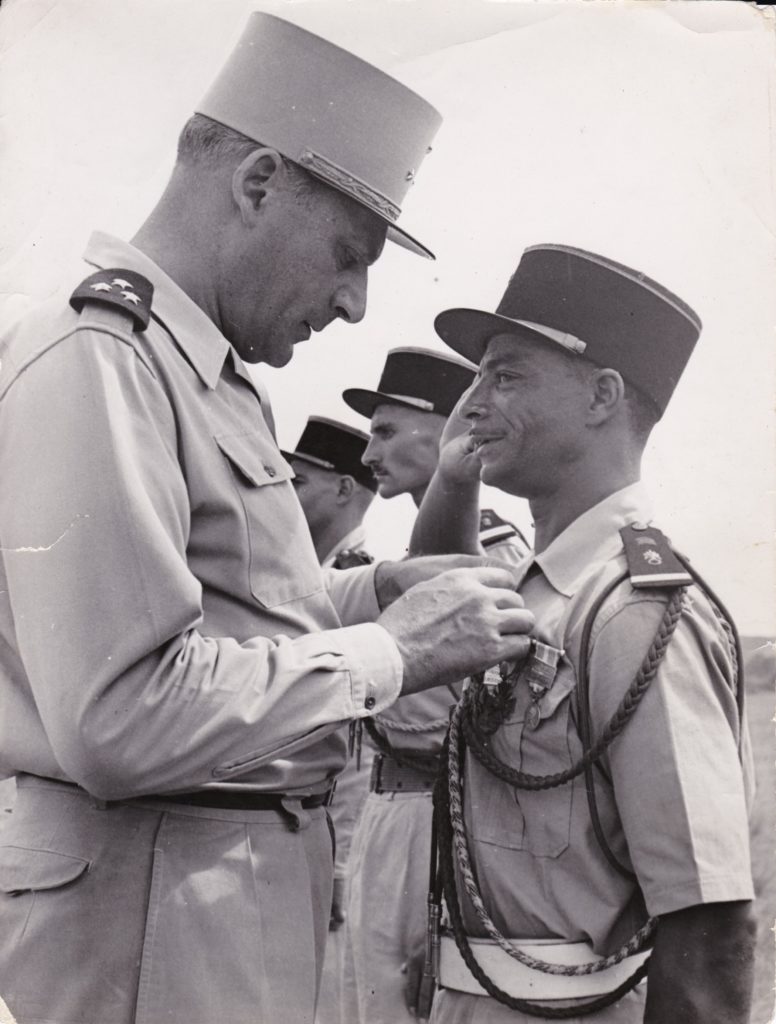 James Michael served in the Foreign Legion for sixteen years. He received high decorations like the Médaille Militaire and was finally appointed as Chevalier de la Légion d’Honneur (Knight of the Legion of Honour). In the mid-1950s, he returned as French citizen to Germany and settled in the Rhineland. Until his retirement, he worked as an employee of the French Trade Mission in Cologne. He died at the age of ninety-one in 2007.