Carl Strassburger came from a German-Jewish family, whose horse circus tradition reached back to the early nineteenth century. In 1926, he took over the company from his father Adolf and his uncle Leopold. At that time, it had already ascended to the first league of German circuses. While Carl became the director, his siblings and cousins functioned as co-owners. Unfortunately, the family did not notarize the handover, and this negligence would have serious consequences after 1933. The Nazis categorized Carl Strassburger preliminarily as “Jewish half-caste of second degree”, since his mother Wilhelmine (née Kossmeyer) had been catholic, and most likely his paternal grandmother as well. However, the official owners of the circus were still Adolf and Leopold, and they were considered to be (at least) “Jewish half-castes of first degree”. 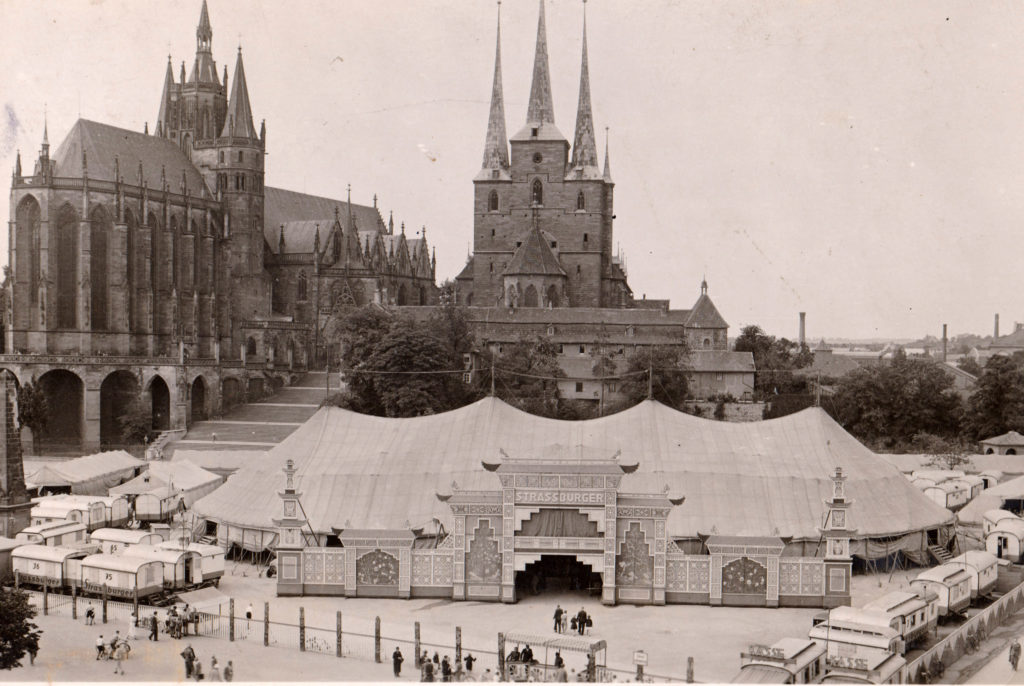 First attacks on the “Jewish circus” occurred in the course of the Nazi boycott of Jewish businesses on April 1, 1933. Carl Strassburger and his managing director Emil Wacker made every effort to come to terms with the new system. Wacker became a member of the NSDAP, founded a National Socialist company cell, and obtained a writ of protection by the Staff of the Deputy Führer. However, these measures could not protect the circus from local calls for boycott, advertising bans, and other chicanes. In order to prevent the threatening bankruptcy and a potential dispossession, the Strassburger family sold the whole circus for 200.000 German Reichsmark to Emil Wacker (!) and Paula Busch in August 1935. For the latter, the purchase served as a compensation for the loss of her stationary circus building in Berlin, which was released for demolition. The German press reported with satisfaction that the circus is “now in pure Aryan hands”. 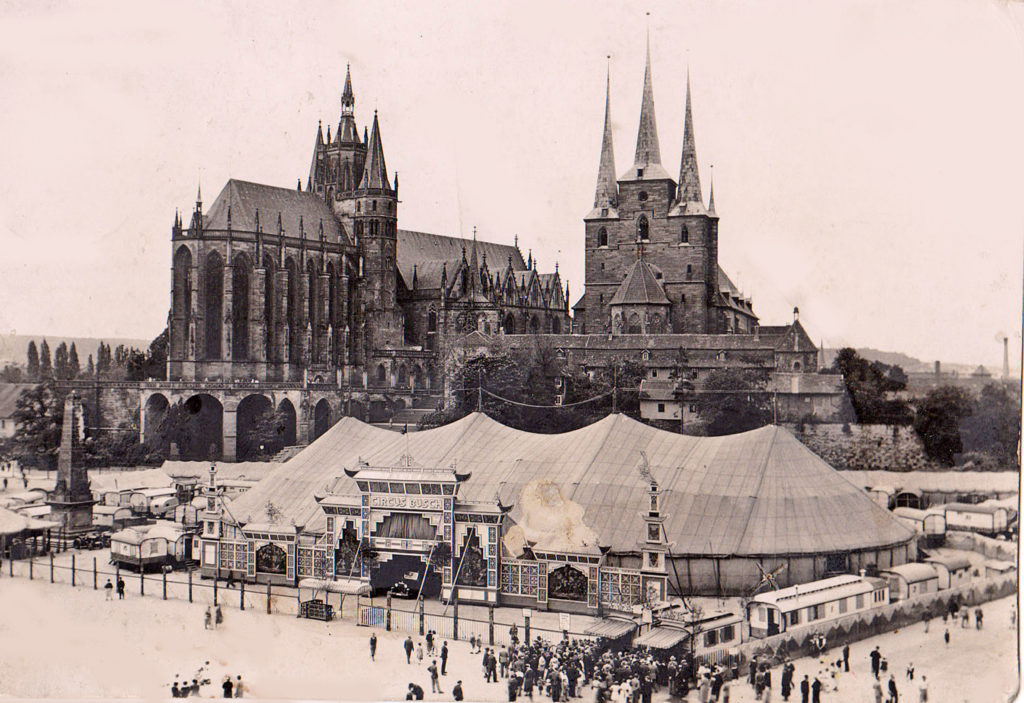 With a part of his staff members, Carl Strassburger went to Belgium, where he managed to establish a new and successful circus. On the day of the German attack on Belgium in May 1940, the Belgian police arrested the circus director temporarily, while a raging crowd shot the circus lions and looted technical equipment and horses. Single German staff members were deported as “enemy aliens” to the internment camp of St. Cyprien in Southern France.

Under German occupation, Carl Strassburger allied with the Dutch manager Frans Mikkenie. This tactical move proved to be effective. Although the German authorities continued to doubt the real “Mischlingsgrad” (Jewish half-caste degree) of the director, they nevertheless allowed the “new” circus “Mikkenie-Strassburger” seasonal tours through the Netherlands and Denmark until 1943. In the late stage of the war, the tours came to a halt.

After the war, Carl Strassburger received the Dutch citizenship, married his cousin Regina, and became the most successful circus director of the Netherlands. In 1953, however, his life ended in an unexpected tragedy during a tour through Sweden. Presumably caused by a heart attack, he fell into the harbour basin of Trelleborg and drowned. Ten years later, the circus Strassburger was dissolved.