“My family has lost everything”. That’s how Jean Richard summarizes his story. Born in Montreuil-Bellay in 1941, he only remembers the movie projector and the movies that his father, who was the owner of a wandering cinema, was able to rescue from the war. In addition, a photo remained to him. One can see his aunt Rose Richard, his father’s sister who married Louis Winterstein in 1935. Rose and her husband owned a travelling circus. They too have lost everything. 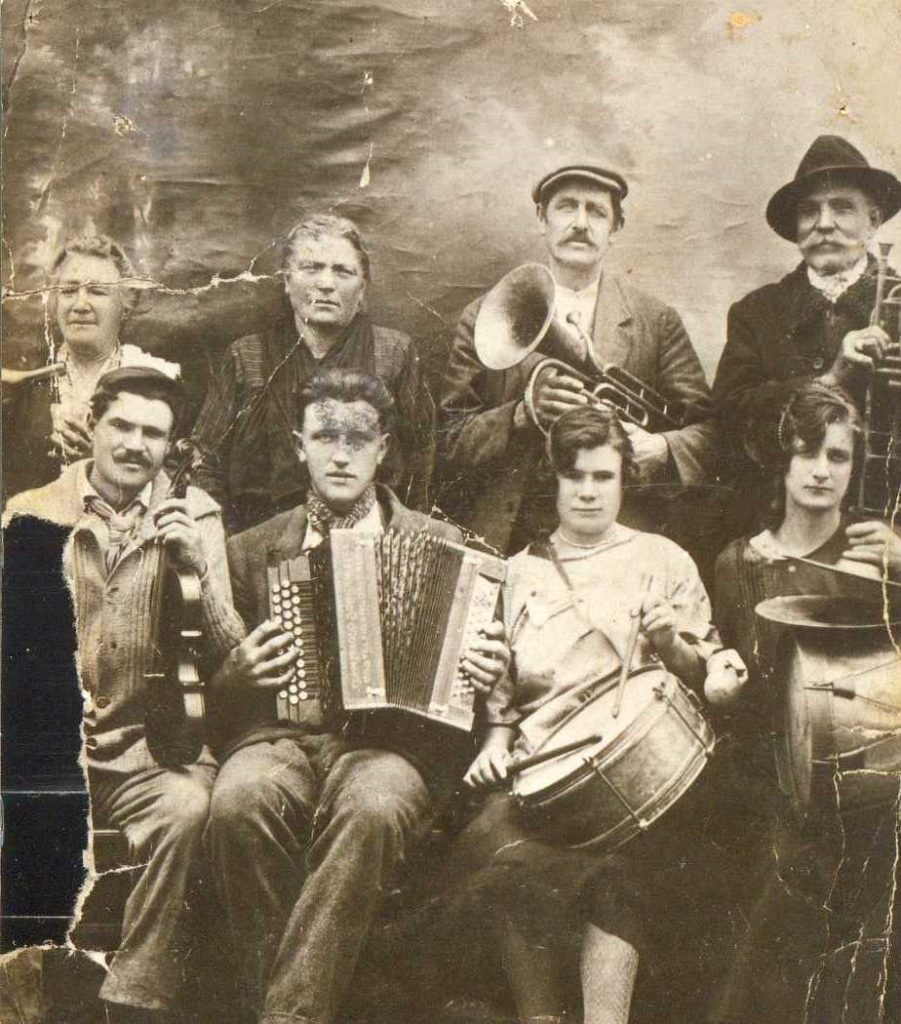 Rose was born in Ste Colombe sur l ‘Hers (Aude) in 1899 and husband Louis in Saint-Cyprien (Pyrénées-Orientales) in the same year. The couple had a total of 11 children. Three of them were from Louis’ first marriage. The youngest son Charles was born in Lugon, October 19, 1940. At this time, the family was already under house arrest. A decree of the French Ministry of the Interior of April 6, 1939, had declared a ban of travel for all itinerant groups. On October 25, 1940, the German occupation authorities demanded the reunification and internment of all non-indigent persons. With the help of French Gendarmie the family was taken into custody and brought through an interim storage at Merignac in early December 1940 in the camp Poitiers.

The camp conditions were harsh, but the family could stay together in Poitiers until January 13, 1943. On that day, 70 men aged between 17 and 60 years were taken to the Internment camp of Compiègne. From there they were deported to different concentration camps in Germany. Among the deportees were also father Louis and the family’s eldest sons Georges and Jean. Rose remained in Poitiers with the rest of the children.

In June 1943, Florès Campos offered her a permanent accommodation outside the camp. He became aware of Rose because his son Pierre together with her wife Jeanne Scherrer, a circus acrobat, were also interned in the Poitiers camp. In June 1943, Campos issued Rose a certificate of accommodation. In July 1943, Rose asked the camp administration for their release with reference to this letter. However, the petition was rejected. Rose and her remaining children did not leave the camp until July 27, 1945. Her husband and sons Jean and Georges, who were deported to Sachsenhausen, Buchenwald and Flöha after their departure from Poitiers, survived the concentration camps and returned to France after the war.